BCGA’s optional team won a total of 50 individual medals at the Optional State Championships held in Bartlesville March 27-28.  The team earned 19 gold, 16 silver and 15 bronze medals in total.  Our level 9 team composed of Bell Johnson-13, Cameo Stapleton-15, Kamber Mahaffey-16 and Rachel Jillion-15, overcame a stumble on the third rotation-beam, to win the team title over second place finisher Ultimate Gymnastics 111.7 to 110.7.   Bell and Kamber finished second in the all-around in their age groups, while Cameo won easily hers with a 37.7, the highest score in the competition.  Rachel performed an outstanding floor routine for 9.675, which was the top score on the day giving her the floor title.

The rest of our teams also had great competitions.  In a field of 18 teams competing for the state title our Level 6 team placed third at one of the most competitive levels. Caitin Kirkpatrick and Jaden Lowery came in first and second in the all-around in the 12-year-old age group.  Hannah Polosky-9 won the sliver in the all-around in addition to her vault title.  Rylee Goodspeed and Sidney Stice both won the beam and floor titles in their respective age groups, 10 and 12 year olds.  Our four-member Level 7 team finished in 6th, however, Anna Gray earned the bronze on bars while Mackenzie Jackson-Ruth got the silver on vault for the 12 and 14+ age groups respectively.

With a solid competition our Level 8 team finished in fourth place.  Lexie Drake had the highest all-around for us, 37.6, which earned her second place in the all-around in the 11-year-old age group.  Lexie also, won the vault title and finished second on bars and beam.  Courtney Tripp, 13, placed second on floor with an impeccable floor routine, which received 9.625.

Our level 10 team represented by Jenna Dunn-14, Sruthi Kaushik-15 and Ryan Henry-16 placed second.  Jenna’s flawless beam routine received 9.7, which was the highest score in the competition on that event and gave her the beam title.  Jenna also earned two bronze medals on bars and floor.  Ryan earned silver on beam and a bronze on floor and the all-around, while Sruthi placed second on vault and bars and third in the all-around.

Bart Conner Gymnastics was the only team in the state to have a full team at every level of the competition, and 15 out of the 16 gymnasts competing qualified to their Regional meets.  Level 7 and 8 gymnasts will be competing in Estes Park, CO and Dallas, TX at their Regional meets respectively, while Level 9 and 10 will be competing in Wichita, KS, looking to earn a qualifying spot to their National Championships to be held in May in Spokane, WA and Des Moines, IA. 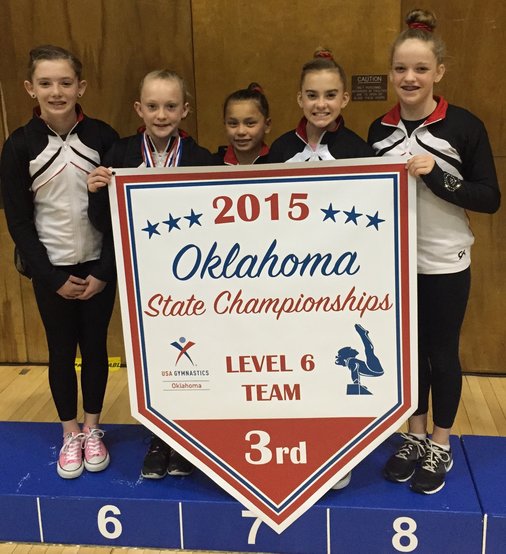 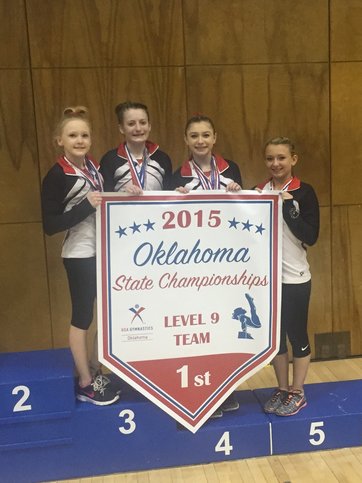 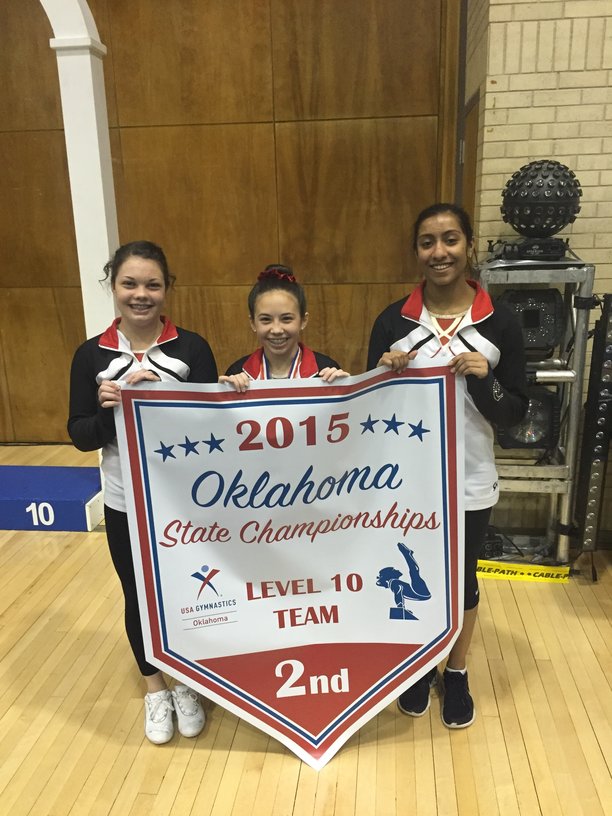