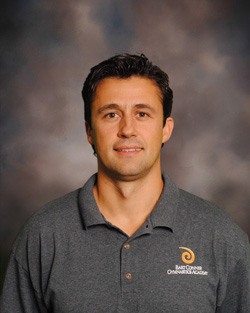 Since joining BCGA in 2000, Ivanov has coached the compulsory and the optional women’s teams to numerous State championship titles.  In addition, Ivanov has been instrumental for the success of the women’s program where his gymnasts have excelled at the State, Regional and National championships.  Ivanov, along with his coaching staff, has been able to position most of his level 10 gymnasts to receive full gymnastics scholarships to NCAA Division-I universities.  In 2013, Ivanov, coached Alexandra Marks to the Junior P&G National Championships, and the following year as a Senior Elite to the American Classic.

Ivanov began gymnastics at age 7 in his native Sofia, Bulgaria, and is a two time Olympian (Sydney Australia in 2000, and Atlanta, USA in 1996-first alternate). Seven time National all-around champion for Bulgaria, he was also a member of the Bulgarian team at four European Championships (1994, 1996, 1998, 2000), and three World Championships (1999, 2001, 2003).  Ivanov was a high bar finalist at the 2000 World Cup Final, and a medalist at numerous World Cup events primarily on his best events high bar and parallel bars.

In 2006, Ivanov graduated with high distinction from the University of Oklahoma, earning degrees in International Business and Economics, and a minor in Russian.

Ivanov is the president of the gymnastics leotard and apparel company GymDivas, Inc.  He is also a contributing writer for International Gymnast magazine.  Ivanov became a US citizen in 2012 and now holds dual citizenship.  His hobbies include traveling, tennis, fitness and cooking!