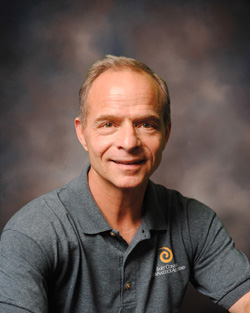 With BCGA since 1984, Fox has coached both men and women onto the junior and senior national teams. His duties include hiring, program development, budgets, marketing and sponsorships and hosting and running national, regional and state, level meets and invitationals.

He was the 2003 recipient of the Shannon Miller Award for women's professional members for outstanding contributions to the state of Oklahoma. In 2007 he was the recipient of the Robert Cowan award for oustanding contributions to the Region III Men's Gymnastics Program. In 2014, he received the 15 year service award from the Men's National Program at the Junior National Championships.

He is a member of the National Gymnastics Judges Association and has been an internationally rated Brevet judge since 1984. Some of his judging assignments include Men's Junior National Championships, 1996, 1997, Men's NCAA Championships 2012, 2014 and the Maccabiah Games in Israel, 2009, 2013. He founded the Oklahoma Men's Judging Association. He currently serves on the Oklahoma Women's USAG Board and is the Men's State Chairman and the AAU District Chairman. He also is the gymnastics Chair for MaccabiUSA. He was named NGJA Midwest Regional Judge of the year for 2015.

Fox and his wife, Heidi, a schoolteacher, are parents to two daughters: former BCGA gymnast,  Emalee, and gymnast Payton, born in 2006.