Bart Conner gymnastics girls’ program won 100 individual medals at the 2012 State Championships held in Norman, OK the last two weekends of March! The level 4 through level 10 gymnasts won 22 all-around medals, 7 of which gold, and 78 individual medals, 20 of them gold at this year’s State meets.

Bart Conner Gymnastics was one of only two clubs in the state to have a full team at every competitive level. In addition, the club qualified the most gymnasts from the State to the Regional championships, which are the next level of competitions for the higher-level gymnasts and will be held in the upcoming weeks of April. 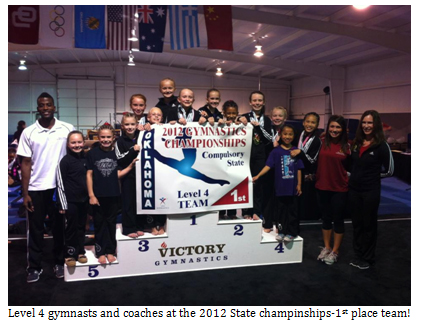 Below are the 2012 Bart Conner Gymnastics State champions:

2012 STATE MEET BY THE NUMBERS 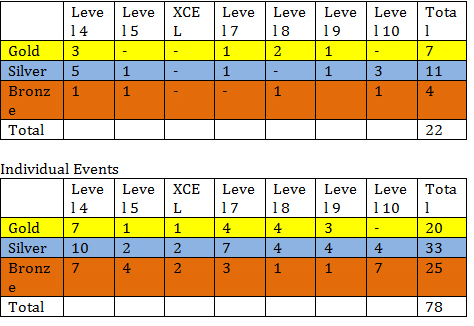