Emily who competed at her third Junior Olympic Nationals in as many years had a near perfect competition and finished 8th in the all-around with a score of 37.875. She was the highest scorer for her Region 3 team, which also ended up third in the team competition. “It was the most fun I have ever had competing, and, if I could do it again, I would in a heartbeat”, Emily responded after her competition. This was Emily’s final competition with Bart Conner Gymnastics. She will be competing for the University of Denver in the fall on a full gymnastics scholarship. 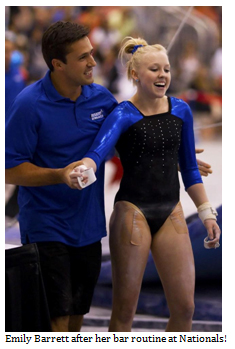 In addition, Reagan Hemry and Mackenzie Valentin competed at the National Invitation Tournament (NIT), which was held simultaneously with the JO Nationals in Hampton, VA. Both Reagan and Mackenzie had a fantastic day of competition putting up great routines all over the floor, and both of them finished third in the all-around in their age groups. Additionally, Mackenzie placed 2nd on vault and 5th on balance beam, and Reagan won the silver medal on bars and the bronze on balance beam. 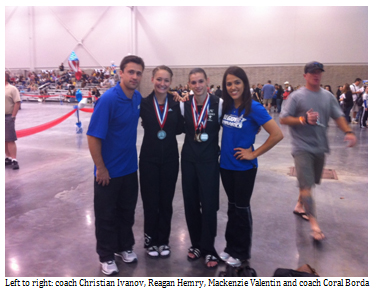 Furthermore, BCGA’s boys’ team competed at their level 9 and 10 nationals held in Cincinnati, OH. The team had 7 members representing BCGA-two level 10s and five level 9s. All boys had great competitions, and the highest finisher for the team was level 9 Jordan Kovacs who made all-around finals in his age group and finished 33rd. In addition, level 9 Cade Muldrow made the semi-final on high bar. 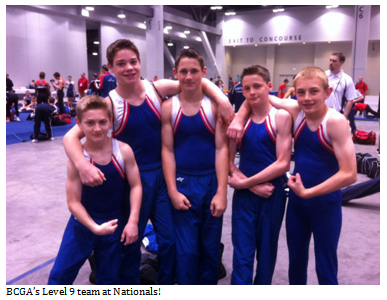