Our Level 7 team had a very successful weekend at this year's first edition of the Level 7 Regional Championships held in Galveston, Texas. BCGA had one of the largest groups of qualifiers and earned six gold medals and one silver, in addition to 13 other top 10 finishes. Courtney Tripp won the all-around title at the Senior A2 age group in addition to winning the gold on both bars and beam. After a great competition, Corinne Pichler earned second all-around in the Senior A1 age group, in addition to her first place finish on bars. 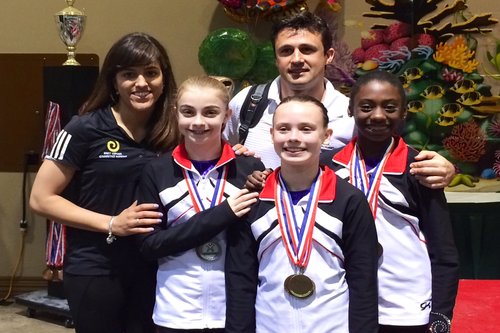